The land of Rajas & Maharajas, the land of spirituality, the land of sky touching edifices and the land of vibrant cultures, India brings to you a tapestry of marvels that one needs to see to believe. And the most matchless asset of the country remains in its very popular Golden Triangle Tour circuit.

Binding three diverse destinations in a single thread, the Golden Triangle Tour lets you explore the most amazing treasures of India, including Delhi, Jaipur and Agra. These three cities have numerous unique charms which make them stand out of the rest. While Delhi is one of the most advanced metropolises, Jaipur still remains rooted to the bygone era’s cultures. Agra, owner of the majestic Taj Mahal, is a charmer that lets you walk down the memory lanes where you explore romanticism.

Let’s know the Golden Triangle Tour circuit that lures streams of travellers from all over the world.

The tour starts from Delhi, the spectacular capital city of India. It is perhaps the only city where historical era’s monuments rub shoulders with modern man-made wonders. A visit to Old Delhi is a must to relish the tastes of typical Delhi food, including Parantha of Paranthe Wali Gali and kebabs of Karim’s. Next, you will be taken through numerous historical structures narrating the grand history of India. Some of the most popular Mughal structures like Red Fort, Qutub Minar, Old Fort, Humayun's Tomb, Jantar Mantar, Lotus Temple, Akshardham Temple, ISKON Temple, Jama Masjid, etc. are popular among travellers due to their majestic architecture.

The city cladding true love, Agra is a historical fortified metropolis which was once the capital of the Mughal Empire. The city is popular for being home to the pearly white monument Taj Mahal, an epitome of true love. Built by Shah Jahan in the memory of his wife Mumtaz, this one of the Seven Wonders of the World remains an unbeatable part of the Golden Triangle Tour. Other mesmerising Mughal-era buildings that add to the beauty of Agra include Agra Fort and Fatehpur Sikri.

Culturally prosperous and historically vivacious, Jaipur is an unparalleled city for the worshippers of Indian history. This picturesque capital of Rajasthan is known for boosting rich cultures of the state which shows in its lifestyle, traditions, festivals, forts, palaces, markets, etc. Some of the most luring architectural wonders in Jaipur are Hawa Mahal, Amber Palace, Jaisingh Palace, Birla Temple and Jantar Mantar to name a few. The Golden Triangle Tour takes you through local markets of Jaipur decked up with colourful local handicrafts, Rajasthani attires, ornaments and jovial locals. 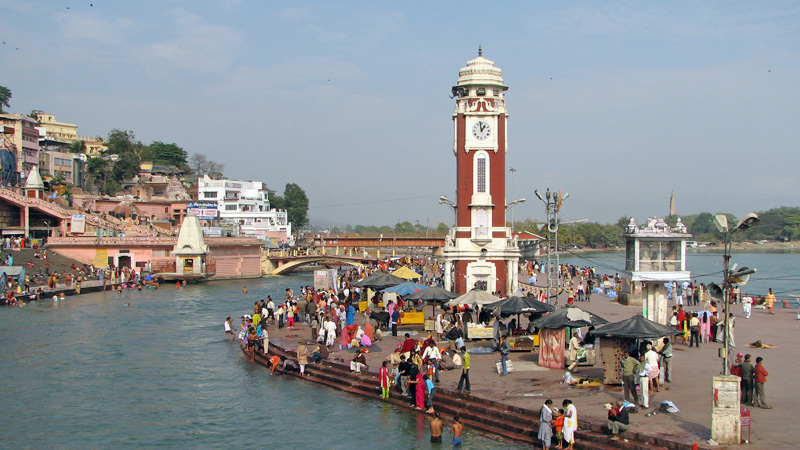 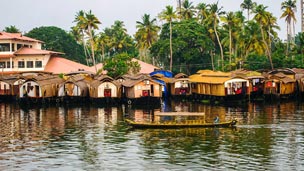 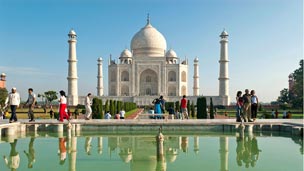 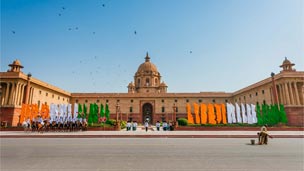