"Within every block of wood and stone, there dwells a spirit, waiting to be released. Direct carving is a way of freeing the spirit - my own and that of the stone or wood". This is a quote by Hap Hagood which in some way talks about the beauty and creativity of transforming non-living into living, infusing life even into a stone. And this quote best fits the description of the famous destination 'Khajuraho'.

The bewitching Khajuraho can be best described by using the words 'passion', 'eroticism', 'dance', and 'music'. Most of the miraculous architectural structures of Khajuraho were built during the reign of the Chandela dynasty. Initially there were around 80 temples, now only around 20 are left, the rest of them are almost in ruins. However, even the ruined temples have some special charm about them. Fashioned into mesmerizing structures, the temples of Khajurao were built with sandstone blocks. The temples are divided into two categories: the Western Group Temples and the Eastern Group Temples.

Don't miss the light and sound show at the Khajuraho temple complex, held every evening. The shows are conducted both in English and Hindi languages. Covering the history, philosophy and the art of sculpting of these temples, the shows stretches for about an hour.

The Temple of Vishvanath and Nandi?known for beautiful women images.

The temple of Parsvanath?the largest Jain temple in Khajuraho.

The temple of Shantinath?the youngest temple in Khajuraho.

The temple of Brahma and Hanuman?one of the oldest temples in Khajuraho

Dhubela Museum? It is a great museum housing a wide variety of sculptures belonging to the Shakti cult. It is located at a distance of 64 km from Khajuraho.

Benisagar Lake?A wonderful picnic spot offering opportunities for boating and angling. It is easily accessible from Khajuraho by covering a mere distance of 7 km.

Panna?A place of historic importance, Panna has a National Park. It is situated 56 km away from Khajuraho.

Rajgarh Palace?Only 25 km from Khajuraho, the palace is 50 years old.

Most Propitious Time To Visit Khajuraho

Khajuraho is one destination in India which can be visited through out the year, though the most favorable time is from October to March.

Accommodation is not a problem in Khajuraho as several hotels of various categories are available here.

By Rail?? Harpalpur(94 km) and Mahoba(63 km) are the nearest railway stations.
By Road? Khajuraho is well connected with Panna, Satna, Chattarpur, Jabalpur, Mahoba, Bhopal, Gwalior and Indore by road. 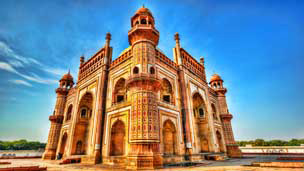 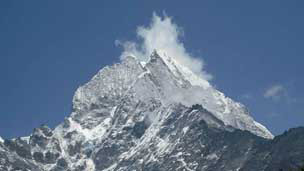 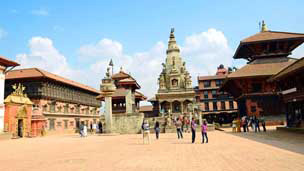 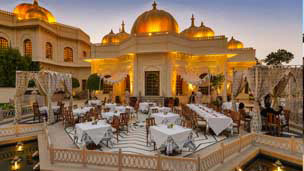