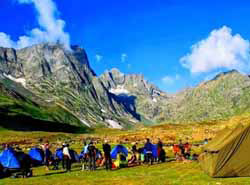 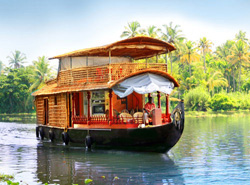 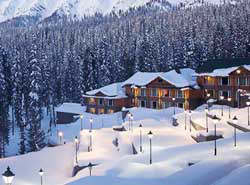 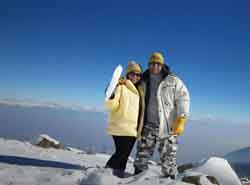 Savour the richness of cultures of Jammu and Kashmir by participating in its colorful fairs and festivals. Vibrant venues with the backdrop of beautiful mountains and flourishing forests lure tourists from all over the world. Many fairs and festivals are celebrated with great enthusiasm in this state.

Some of the major fairs and festivals of Jammu and Kashmir are:

Baisakhi
Baisakhi is a popular festival in Jammu and Kashmir which falls in the month of April. This harvest festival marks the beginning of a new year. During this festival, people visit the rivers, canals and ponds near their houses to take a bath. This ritual is considered auspicious. Many fairs are organized at different places in the state. It is also a historic day when the tenth Guru, Guru Govindji formed the khalsa sect in the year 1699. One of the striking features of the festival is the energetic Bhangra dance.

Lohri
The start of spring is marked by the festival of Lohri. It is celebrated on 13th January every year. According to rituals, people take a bath in the holy river, and perform puja in houses and temples. According to tradition, little boys go around asking for gifts from newly-weds and new parents. 'Chajja' dance is an integral part of this festival.

Jhiri Mela
Held in the month of October/ November, Hiri Mela rejoices the courage of an honest farmer who preferred to give his life rather than getting defeated by the wickedness of the local landlord. He used to live in a village named Jhiri. The Mela earned its name from the village.

Bahu Mela
The Kali temple in the Bahu Fort serves as a venue for the wonderful Bahu Mela. The fair is held twice a year in March/April and September/October.

Purmandal Mela
The religious fair of Purmandal is dedicated to Lord Shiva and goddess Parvati. Held in the month of February/ March on the auspicious occasion of Shivratri, the fair celebrates the marriage of Lord Shiva to Goddess Parvati. The mela lasts for three days.